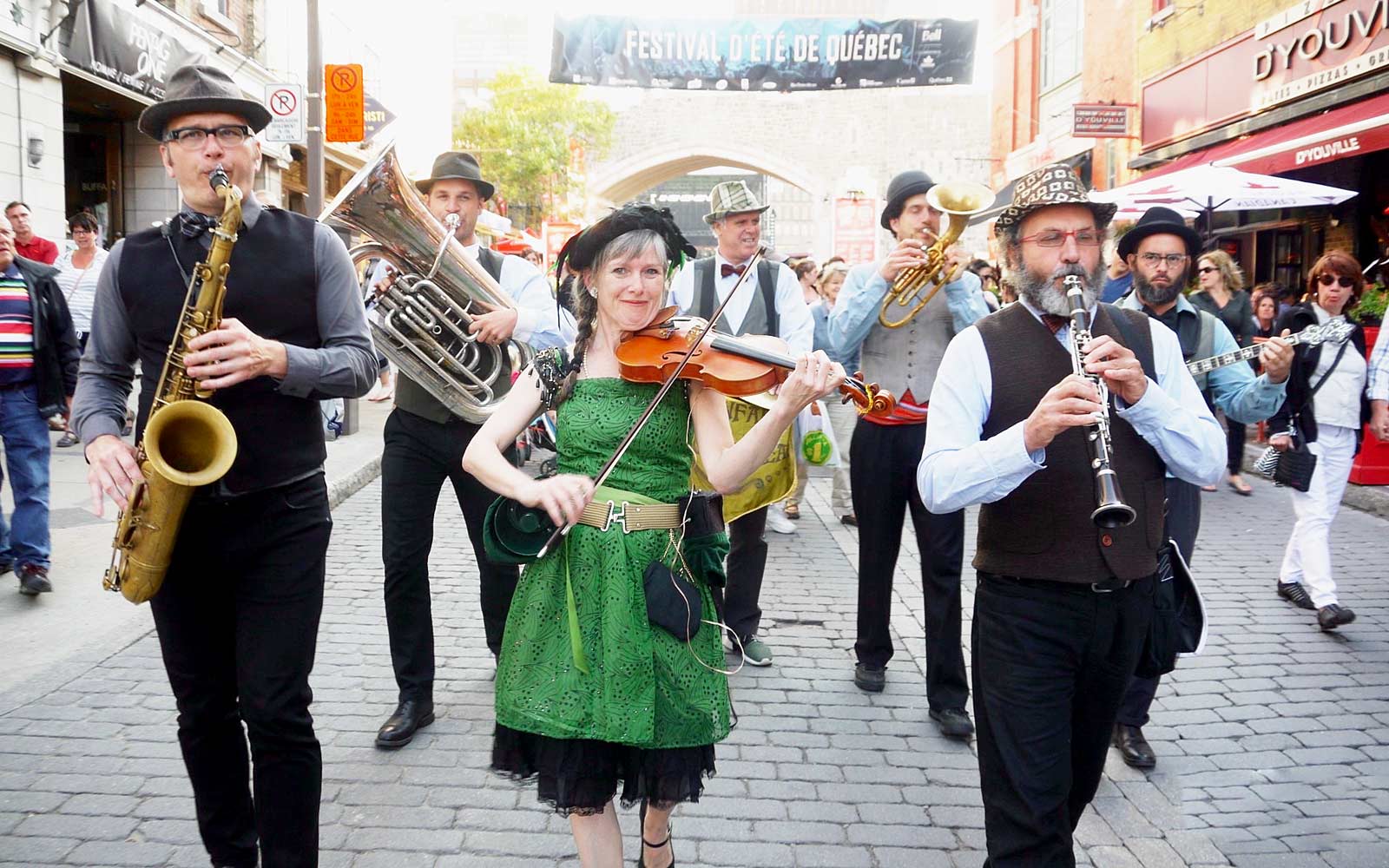 La Fanfare Monfarleau, drawing its inspiration from the village bands of old, makes us move along to jigs, waltzes, marches, and songs from La Bolduc. Guiding lights in Quebec’s traditional music scene such as Philippe Bruneau, Jos Bouchard and Alfred Montmarquette, are vigorously revisited using brass instruments, violin, clarinet, and drum. The experienced musicians of la Fanfare Monfarleau, under the direction of Liette Remon, put traditional music back in the spotlight.

In Quebec, the first references to brass bands date back to 1792. At that time, the brass band was exclusively military and was composed of brass instruments and sometimes percussions. The arrival of woodwind instruments in the 19th century brought new sounds and the fanfare became a brass band. In the popular language however, the term fanfare will be imposed. But the most important thing is that it is not only military. Cities and villages are proud to have one or more bands that participate in popular festivals, parades, concerts in the hall or bandstand.

Created in 2008 at the initiative of Liette Remon and under her artistic direction, the Fanfare Monfarleau recreates the atmosphere of these bands that have influenced the popular and traditional music of Quebec. The music of the “old-timers” comes to you fresh in your hearts, with the sound of the fanfares of yesteryear. 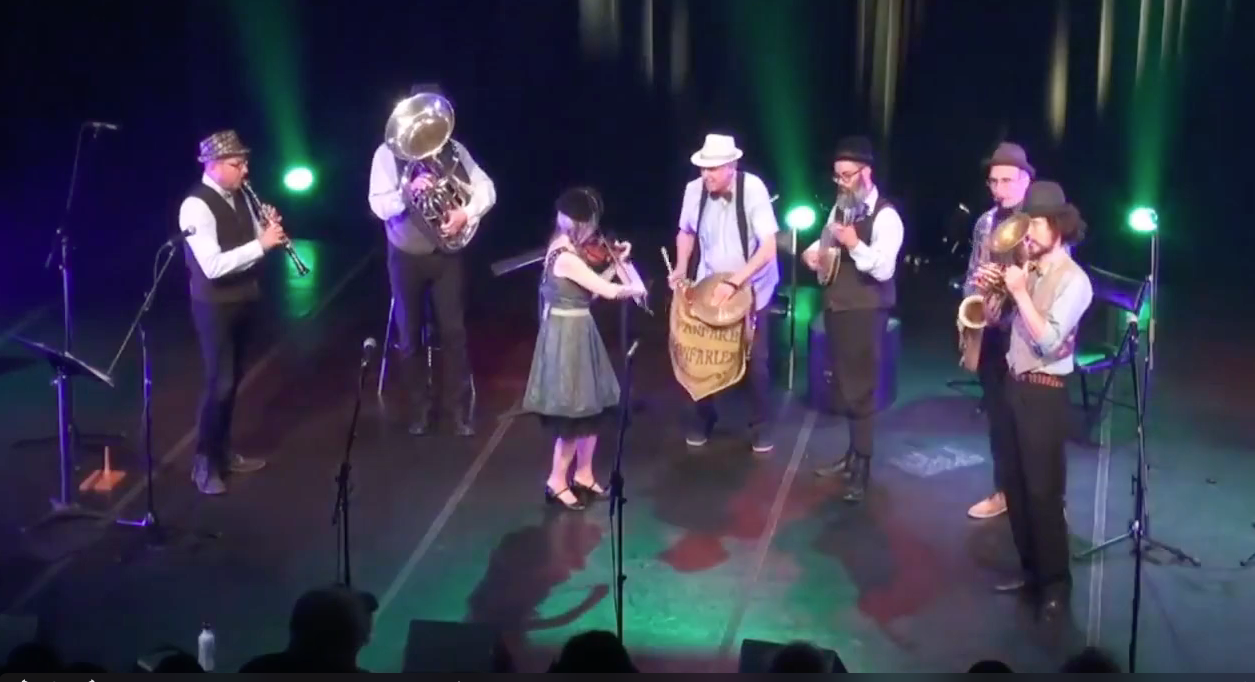 Mona Lisa, le cabaret des p’tits coeurs chéris is the latest creation of the Fanfare Monfarleau. In a cabaret version, the Monfarleau promises you a lively evening where the energy of crazy square sets and the kitsch of popular songs by Raymond Lévesque, Denise Émond, and the classics of Alfred Montmarquette and Louis-Pitou Boudreaut are mixed together, all directed by Michel Faubert.