For 30 years, Strada has been walking down the road of music of memory. A bit unclassifiable, at the crossroads of multiple trends, the company pursues its joyful and disconcerting quest for the unheard of.

Versatile, the musicians and singers master many repertoires: klezmer, gypsy, Occitan, Greek, Italian, Irish, Quebecois, Martinique, Cajun. Multilingual, their colorful songs recreate amazing musical landscapes. Driven by an infectious enthusiasm, the artists of the Strada ensemble do not seek to transmit their knowledge of world music, but rather the pleasure they bring!

Strada is also the street, a place suspended between origin and destination, where stories cross and destinies are woven. It is also where people from all over the world gather to celebrate! Strada carries a universal baggage. Its music belongs to everyone.

To initiate and sensitize young people and the general public to all types of music (contemporary, classical, world) to help them grow as citizens.

2,000 shows, educational and training workshops for professional musicians and singers, an Adisq nomination, a discography including 12 titles, toured on three continents 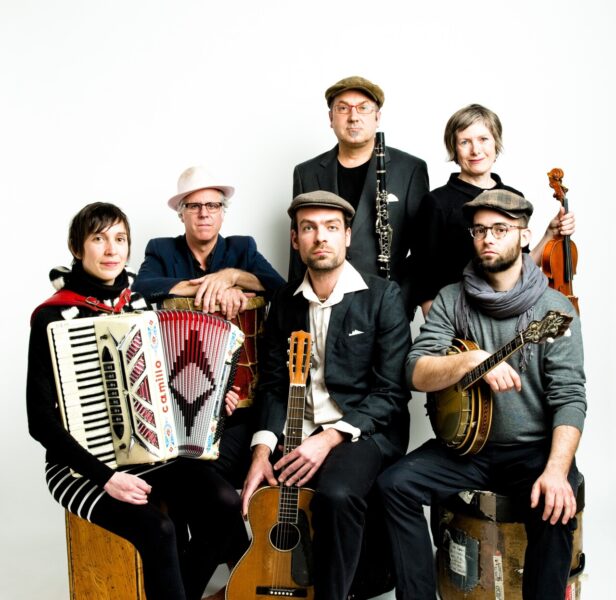 Equal access to music, openness to the world, proximity to the public, discovery and renewal, quality.

Le chant des passeurs : creation for the official program of the 400th anniversary of Quebec City

Participation in the following festivals

Winner of the Opus Prize for Best Young Audience Production of the Year in Quebec for The Merry Marching Band.